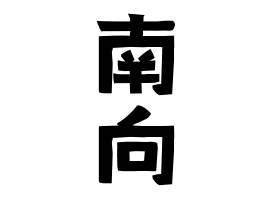 Yamaguchi-ken , Oosaka-fu · Aomori-ken . Terrain . Ishikawa-ken Kaga-shi I met a shipping dealer in the Edo era in Daisaidase Town. In Oosaka-fu Kaidzuka-shi , I tell him that I changed the name by adding "Sea" to the favorite "Hiroshi" from Meisase surname. Estimated in the early Edo period. reference. Mie-ken Matsusaka-shi It was in the Tokyo era as a priest of the Kodenji temple of the Jodo Shin Buddhism in Kamishi Town. The land faces Ise Bay.

※ Korean . There was a case in which the surname of Guanghao was given in 780 (Houki 11 years). Location unknown. Tell her about the descendant of the king of Korea, which was in the vicinity of Henan Province in the People's Republic of China and was in the Sengoku Warring States Period.