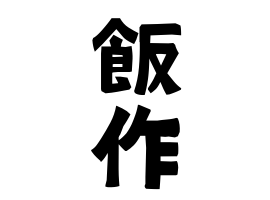 ① Topography . From pine and forest. Nagano-ken Chikuma-shi Kuwabara tells you that in Otawara it was called from the Kamakura period. Nagano-ken Chikuma-shi It was in the Inari era in Inari Shanyama Town. In the same place, tell the story that the funeral wrestler of Furuya 's surname came and changed. Estimated in around the Warring States Period. reference. Chiba-ken Chiba-shi Green There is a belief that it was also called "Matsumoto" in Komaki-machi. Estimated in the Edo period. reference. Aomori - ken Kamikita - gun Oirase - chou Tell her that you used the shop name in front of the forest on the Hamamichi. Estimated in the Edo period. It was in the Edo period in Miyagi-ken Sendai-shi . There is a tale with Nagano-ken Nagano-shi Matsushiro Matsushiro in the same place. Estimated in the warring country era. Matsushiro is a place name with a record since the Edo period. Miyagi - ken Sendai - shi Aoba Ward Kawauchi was in the Edo era in the Sendai Samurai clan in the Clan office, Nagasaki - ken Oomura - shi Kushima in the Clan Omura of the Clan Office. The Sendai clan says from the fact that the pine wood castle of Okayama-ken northern part (formerly Mimasaka Country) was made a residence from 1278 to 1288 (Hong Kong's year). Location unknown. Tokushima-ken Miyoshi-shi In Otani Yamashiro-machi there is a tale that the branch of the same family name of the same family name was called. Estimated from tradition is the late Edo era or Meiji new family name . reference. From the pine grove gate of the gate division system that was in the Edo period. An example of the location of the gate. Kagoshima-ken Akune-shi West eyes, Kagoshima-ken Aira-shi Kamoshima -ken Kamishima- ken Kirishima-shi Fukuyama cho Fukuyama, Kagoshima-ken Aira-gun Yuusui-chou northward.

② Iwate-ken Shimohei-gun Iwaizumi-chou birth of Anza pine forest. It is distributed in the same place.

④ things . Nara-ken Nara-shi The Meiji New surname by monk of the pine grove in the Kofukuji temple of Law Philharmonia in Shingonicho Town. From the hospital sign.

⑥ Things . Saitama-ken Higashimatsuyama-shi Meiji New surname by monk of Kofuku- ji in Jodo Shin Buddhism in Matsumoto-cho. From the mountain pine grove of the temple.