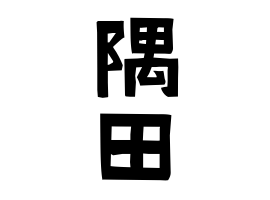 Okayama-ken , Toyama-ken , Fukushima-ken . Occupation . From the owner of the field. Fukushima-ken Futaba-gun Ookuma-machi Tell her that he was engaged in agriculture as a descendant of a monk who came from Oosaka-fu at Kuwasawa Nagahara. Estimated in the Edo period.

① Hyougo-ken Himeji-shi Born in Yumosecho Tamada. A place name with a record since the Edo period. It is distributed in the same place. In Hyougo-ken Kakogawa-shi Shikata Town tells that he came back from 1558 to 1570 (Yongju years). Toukyou-to Chiyoda-ku Chiyoda was in the Edo era as the shogunate of the Edo shogunate of the government agency. The shogunate tells that Hyougo-ken southwest part (formerly Harima country) comes out. Mie - ken Suzuka - shi In Saijo, Iino tells Mie - ken Suzuka - shi Kobe from the Kobe lord of the clan 's office in the Edo period. reference.

④ Ishikawa-ken Kanazawa-shi The origin of Tamako. The name of a place with a record in the notation of "Tamaki" during the Heian period. Tamaki's "Jade" is used.

⑤ Ooita-ken Bungooono-shi Miyoshi town originated Tamada. A place name with a record since the Edo period. It is distributed in the same place.

⑦ Korea type . Birthplace of Hitoshin (formerly Yushan (Oxan)) of Gumi City, Gyeongsangbukdo, Korea. "Yu" of Yushan is used. Kanagawa-ken Yokohama-shi There is a record of naturalization on June 19, 1954 in Minami-ku. The real name is Zhang. reference.

⑧ Sina series . "Da" was added to "Jade" including the King. There is a record of naturalization on Saitama-ken Tokorozawa-shi on 24th September 1983. The real name is king. reference.