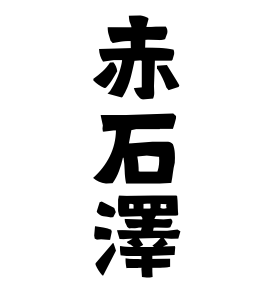 ① Convention . Abbreviation of red pine. Kyouto - fu Kyouto - shi Kamigyo Ward Okayama - ken ( Kyouto - shi) The vicinity of Gosho - guchi in Kamigyo - ku was assassinated the Ashikaga Shogunate, the sixth generic army of the Muromachi shogunate in the political agency, in 1441 (Yoshiyoshi Yoshi) Tell them that they disguised Akamatsu last name in the north (Old: Mimasaka). Okayama-ken Tomata-gun Kagamino-chou Wealth fellow tells that he was renamed from the Akamatsu surname by defeating at the battle of Sekigahara which was in Gifu-ken Fuwa-gun Sekigahara-chou in 1600 (Keioi 5 years). reference.

② Nagano-ken Matsumoto-shi Origin of the large red sushi red Akagi. A place name with a record since the Kamakura period. Okayama-ken Takahashi-shi Kyouto-fu tells Uji- machi Hota that she came to live in Kyouto-shi after 1222 (3rd year in Kagoshima ) who was in a turbulence.

④ Miyazaki-ken Kobayashi-shi Originated from Akagi in the eastern part of the capital . On the same day there was an Aki residence in the Edo era system.