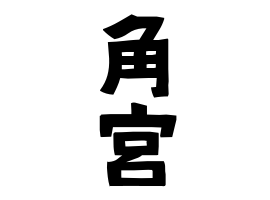 ① variant of 唐沢 . Ehime-ken Uwajima-shi Marunouchi was in the Edo period in the Uwajima clan in the Clan Office. The same clan says that he changed their name from Kagurazawa surname to Karasawa surname in the Edo period. Nagano-ken Nagano-shi Matsushiro Matsushiro was in the Edo era in the clan Matsuyo clan, Nagano-ken Ueda-shi . Niigata-ken Nagaoka-shi It was in Edo era in Uenguri. Tell them that they are groundbreaking in the same place. Niigata-ken Gosen-shi Heiwa is the Edo period, Kanagawa-ken Fujisawa-shi Heisei is a place name with a record since the Northern and Morning era.

① It was in the Age of Civil War in Akita-ken . Yamanashi - ken Minamikika - gun Hayakawa - chou Narada (Narada) is a place name with a record since the Sengoku period.