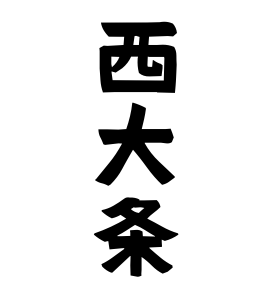 ① Toyama-ken Takaoka-shi Meiji New surname by monk of Honjyoji of Jodo Shin Buddhism in Honbo (Hongbo). Honbo is a place name with a record since the Edo period.

② Hyougo-ken Himeji-shi Honmachi was in the Edo period in the Himeji Samurai of the Clan Office.

① Yamaguchi-ken Hagi-shi Horiuchi was in the Edo period in the Choshu clan of the clan office. The same clan is from Fukumon village of Wakayama-ken · Mie-ken south (formerly Kii), and initially said that it was written as "Fukui". Period, location unknown. In Yamaguchi-ken there is a belief that it was renamed from Fukuma surname to Fukuzumi surname in Azuchi Momoyama period. reference. Hiroshima-ken Miyoshi-shi Tell him that Mr. Miura, the castle owner of Rokuro Yamashiro, was in Sanwa-machi feather garden. Estimated in the Warring States Period. Last names are also written as "Fukuma" and "Fukushima". It was in the Hiroshima-ken western part (formerly Aki country) during the Warring States Period. reference. reference.

② Originated from the Fukuoka-ken Fukutsu-shi Fukuma. In the Muromachi Period, a place name with a record of "Fukumitsu" recorded. The place name was also written as "Fuyuma".

③ Saitama-ken Kuki-shi Birthplace of Shobara and Shimokoro in Shobu-cho. A place name with a record since the Muromachi period. Mr. Fukuda tells that in the same place Mr. Fukuda made the "Fujita" field as "between" and called it. reference.