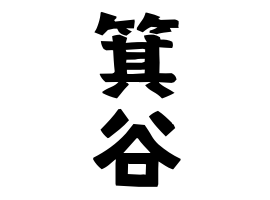 ① Topography . From the transfer. First letter surname of Amagi archipelago of Kagoshima-ken . Chiba-ken Awa-gun Kyonan-machi In Longsushima, tell her that she was ship guided by Yoritomo, a warrior of the Heian period and Kamakura period who landed in the same place. Iwate - ken Kunohe - gun Kunohe - mura In the Iwouchi 's river falling river, tell him from a place crossing the river. Hiroshima-ken Hiroshima-shi Naka-ku Kamamachi was in the Edo period in the Hiroshima samurai of the Clan office. The same samurai told from Tanaka surnames in 1859 (Ansei 6 years) that it was renamed by the name of the ancestral castle. The position of the castle is unknown. reference.

② Kagoshima-ken Ooshima-gun Setouchi-chou Birthplace of drainage origin. A place name with a record since the Edo period. First letter surname of Amagi archipelago of Kagoshima-ken which used "Wataru" of Watanabe. It is distributed in the same place.

③ Aichi-ken Okazaki-shi Origin of Watari-cho . A place name with a record since the Warring States Period. The place name was also written as "Wataru". Gunma - ken Agatsuma - gun Higashiagatsuma - machi In Yakura it is originally called Kanamei in the Edo era and tells that he was renamed to his family name. In Gunma-ken there is a transmission from Aichi-ken eastern part (formerly Mikawa country).

④ Kumamoto-ken Kuma-gun It originated in Kuma-mura . A place name with a record since the Kamakura period.