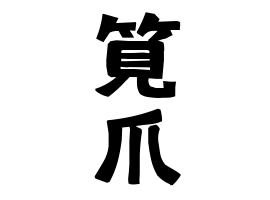 ① Ibaraki-ken Itako-shi Origin of Suwon. Place name with a record since the North / South morning era. Later I move to Shiga-ken . Mihara is rare. Shiga-ken was in the Warring States Period. I also pronounced Michala in the same place. Oosaka-fu Oosaka-shi was in the Edo period. Toukyou-to Chiyoda-ku Chiyoda was in the Edo era as the shogunate of the Edo shogunate of the government agency. The shogun also called "Mihara". reference. Good neighbor . Nara-ken Yamatokooriyama-shi It is distributed in Shinmachi.

② Korean type . Originated in Suwon city, Gyeonggi Province, Republic of Korea. Kyouto-fu Kyouto-shi There is a record of naturalization on March 31, 1956 in Kamigyo Ward. The real name is white. Mr. Mizuhara Shita comes from the Temple of the Tang Dynasty. reference. There is also Kang in the real name. reference.

③ variant of 源 . Use "source" containing sauce as source "water" source. Miyagi - ken Shibata - gun Shibata - machi In Tomohida Furuuchi tells that the keeper of Genji, a warrior of the Heian period, changed from the source name. reference.

④ Origin of Niigata-ken Agano-shi Suwon (Suibara). A place name with a record since the Kamakura period. Last name is also sweet.