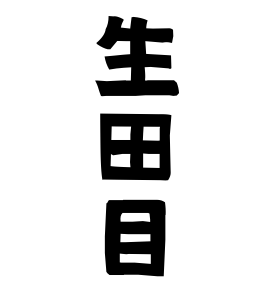 Yamaguchi-ken . 広重 surname. There is Hiroshige in the name of a man. It was in the Yamaguchi-ken Yanai-shi during the Warring States Period.

Hyougo-ken . Hyougo-ken Tatsuno-shi Distributed in 揖Boso- cho Noboru. Kyobo is a place name with a record since the Nara period.

① Topography . From a place that draws a lot of water. Kanagawa-ken Odawara-shi It was in the Edo period in Negofukawa. Estimated by tradition in the same place is called the Kamakura period. Kouchi-ken Nankoku-shi tell him that Mr. Hata built Hiroi castle in 1333 (2 years of Joseon 2, Motohiro 3 years) and named it. reference. Niigata-ken Jouetsu-shi Sanwa-ku Hiroi is a place name with a record since the Edo period.

Baekje system ※. There was a case that Hiroi made a succession last name in 791 (10 years of extension).