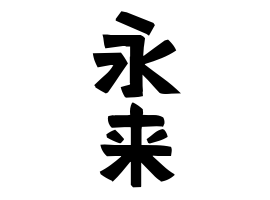 ① things . Ishikawa-ken Komatsu-shi Tell Yataino-machi Meiji new surname by a large bridge of water. Hyougo-ken Awaji-shi In Iwa - ya, I will tell him that the doctor named it at the same time Hashimoto at the Meiji New surname.

② Tochigi-ken Tochigi-shi Tōga-machi birth originated from Ohashi. A place name with a record since the Edo period.

③ Saitama-ken Hiki-gun Hatoyama-machi Origin of the Ohashi. A place name with a record since the Edo period. It is distributed in the same place.

Good neighbor . In Kanagawa-ken Odawara-shi there was a dance in Taizo who served Mr. Hojo later in the age of warring States.