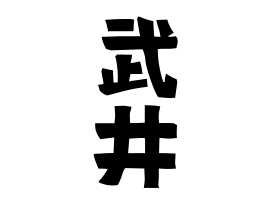 ① Wakayama-ken Kaisou-gun Kimino-chou Originated from Obata (formerly Terauchi). Place name recorded in the Muromachi period. Terauchi castle in the area is a castle built during the Warring States period by Mr. Teronaka.

③ Fukuoka-ken Buzen-shi Originated from the middle of a small temple in the river (Jitou). My last name is Jitou.

④ Nagasaki-ken Shimabara-shi The birthplace of the Town in Ji-chu. Place name unknown record era. It is distributed in the same place.

There was a temple (Jitou) in the designation of the person who worked in the temple. Chiba-ken Matsudo-shi There is a record in the mainland temple of Nichiren sect in Hiraga in 1454 (3rd year of Kimito).