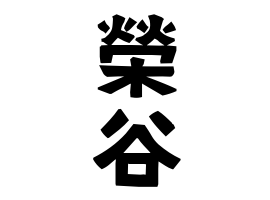 ① Saitama-ken Kumagaya-shi Birthplace of Shiba. A place name with a record since the Edo period. It says that Mr. Ogasawara came from Nagano-ken and called him in the warring States era. reference.

② Nagano-ken Kamiina-gun Tatsuno-machi I was in Sengoku period in Ina-we. I will tell him from Shibasato of Kanagawa-ken (formerly Sagami country) in the same place. Kanagawa-ken Yokohama-shi Shiba-machi, Kanazawa-ku, is a comparative site. Place name with a record in the notation of "Shiba Town" during the Warring States Period. Good neighbor . Ibaraki-ken Chikusei-shi Distributed in Shrimp Island.

③ Convention . Shibano's abbreviation. Yamaguchi-ken Hagi-shi Horiuchi was in the Edo period in the Choshu clan of the clan office. The same clan tells that he abbreviated Shibano surname who further renamed it from his name of Kuri. It is unknown whether this tree will exist. reference. reference.

④ Topography . Shiba is a tree of Yamano. Toyama-ken Tonami-shi Takasu tells Meiji new surname . Kagoshima-ken Minamikyuushuu-shi was in the Edo era in the town of Igu .

Kanagawa-ken . Terrain . From Shino and Swamp. Tochigi-ken Ootawara-shi Maeda was in the Edo period in the Kurobane samurai of the Clan office.