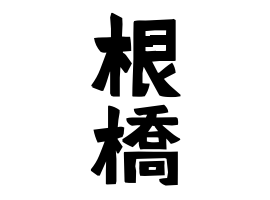 ① 福知 variant of. Tochigi - ken Sano - shi In the warring States era, in Gunma - ken Oura - gun Oura - machi tells that we changed from Fukuchi family name in Muromachi era. Yamagata-ken Yonezawa-shi Marunouchi was in the Edo period in the clan of the Yonezawa clan in the clan office.

② Origin of Yamanashi-ken Ootsuki-shi (formerly Fukuchi Township). A place name with a record since the Heian period.

③ Nagano-ken Ina-shi Birthplace of Futukon Minami Fukuchi · Kitafuka. Place name with a record in the notation of "Fukuchi" during the Heian period.

⑤ Convention . Abbreviation for benefits. Saga-ken tells that he changed the name "profit" of Ryuzoji season profit in the Kamakura period, leaving "Fuku" of Fukui surname as a surname. reference.

⑥ Topography . From the favorite "Fuku" and the land. Kagoshima-ken Minamisatsuma-shi From Takahashi Kinpimachi from Fukuchi Gate of the gate division system which was in the Edo period. Good neighbor . Mie-ken Nabari-shi Shimbuna know base .

⑦ Okinawa-ken Itoman-shi Origin of Fukuji (Fukuji). A place name with a record since the Kingdom of the Ryukyus. The place name was also written as "Fukuji". The Ryukyu sound is also fake.

※ Hiroshima-ken Onomichi-shi Fukuchi Town is a place name established in 1969 from part of Yoshikaze Town. It is distributed in the same place.

Baekje system ※. In the year 761 (Tenpyo Treasure 5th year) there was a case of giving the family name of Fukuchi.