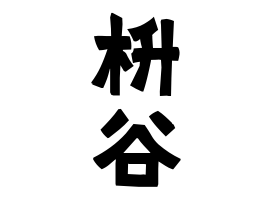 ① Shiga-ken Higashioumi-shi Birthplace of Yamaji-cho. A place name with a record since the Edo period. It was in the Sengoku period to the castle owner of the mountain castle of the same place. Mie-ken Tsu-shi It was in the Edo period in Nagaoka Town.

③ Kagoshima-ken Kirishima-shi Originated from the mountain road of Kochi Hizusui's small character. There was Yamadoromon of the gate division system in the Edo period in the same place.

④ Miyazaki-ken Saito-shi Miyake originated in Kamiyama Road. It is distributed in the same place.

⑤ variant of the 山道 . Miyagi-ken Sendai-shi Aoba-ku Kawauchi was in the Edo era in the Sendai Samurai of the Clan office. The same clan says that he changed their name from the mountain road surname in the Warring States Period. reference.

⑤ Korea type . Summary . Use "mountain" included by Choi. There is a record of naturalization on Oosaka-fu Izumi-shi on July 5, 1975. Choi is the real name. reference.