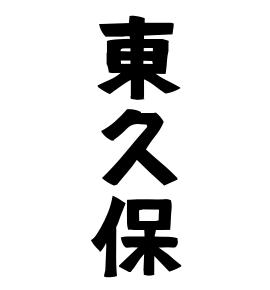 ① Aichi-ken Inazawa-shi Musuda originated from Masuda (Masita) town. Place name recorded in the notation of "Masuda" in the Northern and Morning era. Mashita is also old pronunciation of surname.

② variant of 益田 . Nagano-ken Ueda-shi In Koizumi it is said that it changed from Masuda surname in the Kamakura period.

③ Shiga-ken Nagahama-shi Masuda (Masuda) The town is a place name with a record since the Heian period. The place name was also written as "Masuda". Good neighbor . In Shiga-ken Kusatsu-shi Kikawa-machi tells that he lived around 1810 (7th year of culture) as Kawahori.

④ Saitama-ken Fukaya-shi Beginning with Masuda and Kumagaya City Bottomeda. A place name with a record since the Edo period. It was in the Muromachi period in the same place.

⑤ Fukushima-ken Fukushima-shi Originated in Iizakamachi Tozino (formerly Masuda). A place name with a record in the notation of "Ikeda" during the Warring States Period. Miyagi-ken Sendai-shi Aoba-ku Kawauchi was in the Edo era in the Sendai Samurai of the Clan office. Tradition of the same samurai.

⑧ Topography . Added "rice" to the increase, which is the surname of Amagi archipelago of Kagoshima-ken . Estimated at the time of returning to Japan in 1953. reference.

* Hyougo-ken Kakogawa-shi Tozakichi chochi Masuda (Masuda) is a place name with a record since the Kamakura period. It is distributed in the same place.

⑨ Sina series . Terrain . "Zen" added to "Increase" including Zen. Kyouto-fu Kyouto-shi There is a record of naturalization on November 8, 1973 in Sakyo Ward. The real name is Zo. reference.