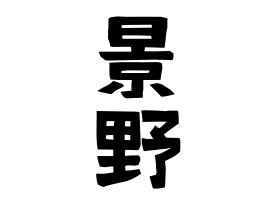 ② Birth of Gunma-ken Oota-shi Kitakaganei-cho (formerly Kanaya). A place name with a record since the Kamakura period. "Golden store" was also written.

⑤ In the Chiba-ken Asahi-shi scythe, tell him that he came from Fukushima-ken Nihonmatsu-shi in the Edo period.

⑥ Wakayama-ken Wakayama-shi Kanaya birth. A place name with a record since the Edo period. It is distributed in the same place.

⑧ Korea system . Terrain . "Valley" added to gold. Kim Tae Yeong-eup of the Republic of Korea in the north was created by Mr. Kenji Kenyama at the time of Mr. Creation renamed. Oosaka-fu Oosaka-shi There is a record of naturalization on October 20, 1953 in Higashinari-ku. The real name is money. reference.