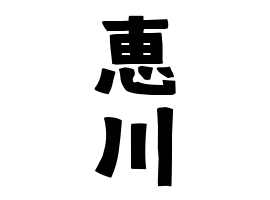 ① Ooita-ken Higashikunisaki-gun Himeshima-mura Origin of the University of Tokyo (oomi) · western ocean. It is distributed in the same place.

② It was in the Aichi-ken Inuyama-shi during the Edo period. Pronunciation is a fish. Tell him from the village of the ocean of the same place. Location unknown.

④ Kouchi-ken Sukumo-shi Originated from Oshiki, Oshiki-cho town. It is distributed in the same place. Tell him that he was engaged in fishing in the same area. Estimated in the Edo period.

⑤ 麻績 variant of. Niigata - ken Tookamachi - shi In the frost jewel, tell him that he was presenting Masaki to the courtroom. Estimated in the Heian period. reference.

⑥ Korean type . There is a book containing "Ocean". There is a record of naturalization on Ooita-ken Taketa-shi on October 19, 1968. Kirei is Kure. reference. Hyougo-ken Amagasaki-shi was in 1997 with a name. The real name is money. reference.

※ Akita-ken Akita-shi Chiaki Park was in the Edo era in the Kubota Samurai of the Clan office.