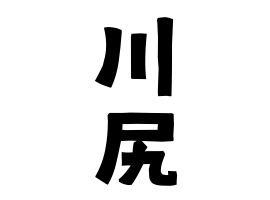 ② Nagano-ken Kamiina-gun Minowa-machi Beginning with Nakao Kinoshita. A place name with a record in the notation of "Kinokita" in the Warring States Period. It was in the Sengoku period in the same place.

③ Fukuoka-ken Kitakyuushuu-shi Origin of Kinoshita Ogura - nan Ward. A place name with a record since the Edo period.

④ Kyouto-fu Maidzuru-shi Originated in Kinoshita. A place name with a record since the Edo period. It is distributed in the same place.

⑤ Toyama-ken Uodzu-shi Kinoshita birth origin. The place name which we called "Kinoshitoshimura" in the Edo period. I will tell you that Meiji New Last name in the same place.

⑦ Kyouto-fu Ayabe-shi The origin of Kinoshita Tsukudachi. It is distributed in the same place.

⑧ Kyouto-fu Funai-gun Kyoutanba-chou Originated from Honjo Kinoshita. It is distributed in the same place.

⑨ Convention . Abbreviation for Kimura Iwate-ken Iwate-gun In Kuzumaki-machi , I tell him that Mr. Kimura's keeper gave "wood" and refrained "down". Estimated in the Edo period. The pronunciation is Xishita. reference.

⑩ Korea type . Summary . Use "wood" including Park. There is a record of naturalization on November 28, 1952 at Toukyou-to Toshima-ku . The real name is Park. reference.

⑪ Korean type . Summary . Use "wood" which Zhu contains. Yamaguchi-ken Kumage-gun There is a record of naturalization on 9th September 1959 in Tabuse-chou . The real name is Zhu. reference.

⑫ Korean type . Use "wood" which Song includes. There is a record of naturalization on Hyougo-ken Kawanishi-shi on October 4, 1967. The real name is Song. reference.