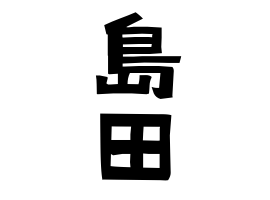 ① things . From the Suzuki meaning "ear of the rice loaded" in the dialect of Wakayama - ken southern part - Mie - ken south part (aka: Kumano) - tells that Mr. Hozumi called the Heian period. reference. Wakayama-ken Kainan-shi After going through Fujikawa, we will move to the Chubu region · Kanto region. Aichi-ken Toyota-shi Takekicho tells that the name "Suwaki Township" was also a land developed by Mr. Suzuki from 1185 to 1190 (Bunrō year). Akita - ken Ogachi - gun Ugo - machi There is a transmission that Iizawa Prison lived in 1189 (Bunji 5 years). Shizuoka-ken Hamamatsu-shi I tell him that I came to Muromachi period in Shinnomatsu-cho, Minami-ku. Good neighbor . Kouchi-ken Muroto-shi In Nakadome Cape Town's surrogate vegetarian tells Mr. Suzuki's descendant who was a fellow of the Heike who resident in the late Heian period. reference. Good neighbor . Saitama-ken Hiki-gun Yoshimi-machi I tell you that I lived in the Japanese name since the Muromachi Period. Good neighbor . Mie-ken Kumano-shi In Arima-cho tells the descendant of warrior of warring States era.

※ Kanagawa-ken Yokosuka-shi At Kurihama there is a tradition that it is said that residents called Hayato who served as a warrior of warrior of the Heian period · Kamakura period gave Suzuki surname of the same sound as..

※ Iwate-ken Oushuu-shi In the case of Kinukawa -hama , Suzuki Township in the vicinity of Shizuoka-ken Kamo-gun Nishiizu-chou (formerly Naka-gun) was given by Kanagawa-ken Kamakura-shi Yukinohashi, Komachi from the Kamakura shogunate He came to Miyagi-ken Motoyoshi-gun in 1298 (Yongin six years). Location unknown. In 1091 (Kanji 5 years) that it is said to have given in tradition, the estimate is 1247 years (Kanemoto 5 years).

※ Toukyou-to Kodaira-shi Suzuki cho is a stopover. The place name which we called "Suzuki Nitta" in the Edo period. I will tell the place name from Mr. Suzuki of the developer.

※ Toukyou-to Chuuou-ku Kyobashi (formerly Suzuki cho) is a via point. A place name with a record since the Edo period. I will tell the place name from Mr. Suzuki of the developer.

※ Toukyou-to Chiyoda-ku Kanda Surugadai neighborhood (formerly Surugadai Suzuki cho) is a transit point. The place name was established in 1872 as there were many residences of Suzuki surname.

※ Toukyou-to Oota-ku Haneda Airport (formerly Suzuki Nitta) is a stopover. A place name with a record since the Edo period. I will tell the place name from Mr. Suzuki of the developer.

※ Kagoshima-ken Kirishima-shi From Fukuyama Suzuki gate of the gate division system which was in the Edo period. The gate name is estimated from the person's name.

② Korean type . Thing . "Tree" is added to "bell" including gold. Aichi-ken Nagoya-shi There was a record of naturalization on August 13, 1965 in Atsuta Ward. The real name is money. There is also another name. reference.