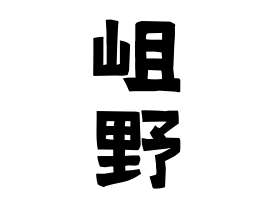 Fukuoka-ken , Ooita-ken . Thing . Ooita-ken Usa-shi Meiji New surname by monk of Nishikofuji of Jodo Shin Buddhism located in Nagamachi - cho, Tsunami - cho. From the moon mountain in the mountain of the same temple. Monthly is a place name with a record since the Edo period.

Aomori-ken Aomori-shi , Aomori-ken Higashitsugaru-gun Hiranai-machi , Hokkaidou . Occupation . In Aomori - ken Aomori - shi tell me that Meiji New Last Name by the shop name of Chiyoya (Chiyoya). In the same place Miyagi - ken Sendai - shi Aoba - ku Kawachi was the side room of the Sendai lordship of the clan office The fact that in the Edo era it was acquired with permission to use the shop name which changed Sendai 's letter and pronunciation There. Sendai is a place name with a record in the notation of "Chiyo" during the Warring States Period.