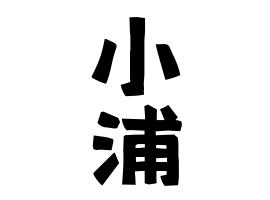 ② Nara-ken Takaichi-gun Originated from Asuka-mura Oka. A place name with a record since the Nara period.

④ Convention . Okabe's abbreviation. Ibaraki-ken was in the Warring States Period. Toukyou-to Chiyoda-ku Chiyoda was in the Edo era as the shogunate of the Edo shogunate of the government agency. The closing tells that Okabe of Saitama-ken · Toukyou-to · Kanagawa-ken Northeast part (formerly Musashi country) is out. Saitama-ken Fukaya-shi Okabe is the comparative site. reference.

⑥ Abbreviation . Okano stands for. Fukushima-ken Souma-shi Nakamura was in the Edo period in the Samma Nakamura Samurai of the Clan Office. Tell her that the same clan was Okano surname. reference.

⑦ Convention . Ooka stands for. In Fukui-ken Oono-shi hitting wave, say that it was renamed when the Meiji New Last Name. reference.

⑧ Kagoshima-ken Akune-shi Originated from Oka in a wave of disturbances. There was Okamono in the same place in the Edo period as a system of division.

⑨ Tokushima-ken Kaifu-gun Kaiyou-chou Origin of Hirooka Oka. It is distributed in the same place.