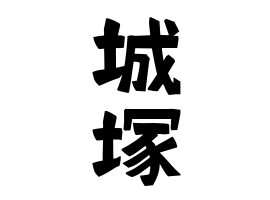 Chiba-ken , Hiroshima-ken , Nagano-ken . Terrain . From high land. Chiba-ken Isumi-shi Tell him that he lived in Miyacho- cho Nakahara from 1160 (the first year of the eternal calendar). Tell that Hiroshima-ken Onomichi-shi changed from Takaya surname. There is also a passage that Miyaji surname was on the same place. Estimated in the Edo period. Takaya has "High", Miyaji has "Earth". reference. reference. Nagano-ken Oomachi-shi hemp (old: highland (Kouchi)) is a place name with a record since the Edo period. Nagano-ken Chikuma-shi Kura -ken , Nagano-ken Komoro-shi It was in the city during the Edo period. Ishikawa-ken Komatsu-shi Tell Yazaki Town as Meiji New Surname by High Land. Niigata-ken Niigata-shi It was in the Edo period in Higashi - ku Higashi - ku. The pronunciation is Couch. There is distribution in Kagoshima-ken Amami-shi . Kagoshima-ken 's Amami archipelago is high in one surname. reference.

Aichi-ken , Ibaraki-ken , Toukyou-to . Distribution including cohorts. In Aichi-ken , the mainstream is the coffin. Aichi-ken Tahara-shi Kobe Town North Takahata (Kitakatta Kata) is an unknown place name in the record era. It is distributed in the same place. Ibaraki-ken Mito-shi Kawawa-cho is a place name with a record since the Edo period. Tell him that he was engaged in agriculture in the same area. Estimated in the Edo period.