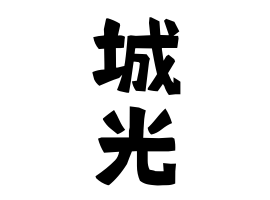 ① Topography . From a high village. In 785 (Extended calendar year 4) to tell Takamura 's surname as the surname of Haruhara Ren. It was in the Shizuoka-ken Chubu (formerly Suruga country) during the Heian period. reference. Yamaguchi-ken Hikari-shi It was in the Edo period in the room. In the same town he tells that he came from Ehime-ken Matsuyama-shi via Hyakko-ken Himeji-shi Decoration District. Fukushima-ken Kitakata-shi It was in Uenemiya Town in the Edo period.

③ Convention . Synthesis of Takashi and Mukumura. Kyouto-fu Kuse-gun Kumiyama-chou In Takasago , I tell Mr. Mukumura from Mr. Takashi Yukari who was a successor of Mr. Kimura who had a record died in 1576 (Tensho 4 years). The original notation is "Takumura". reference. reference.

④ variant of 篁 . Fukuoka - ken Ukiha - shi In Yoshii - machi millennium it is said that he was referring to his family name during the Heian period.

⑤ Iwate-ken Hachimantai-shi Born of Takahata. Tell him that in Takahata from "Takahata" and Murakami's "Village" in real name. reference.

⑥ Korean type . Terrain . Added "village" to high. There is a record of naturalization on Oosaka-fu Sakai-shi on June 26, 1958. The real name is high. reference. There is also another name.