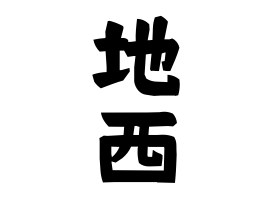 * The vassals of Mr. Ouchi, who used Yamaguchi-ken as the base for the Kamakura period and the Muromachi period, came from Ogayama-ken western part (formerly Bizha Country) with Sugiso in the eastern part of the Tohoku region (formerly Mutsukoku) Tell them. Location unknown. Fukushima-ken Kawanuma-gun Aidzubange-machi Funugi (formerly known as cedar) is a place name with a record of "Suki" in the age of warring States.

③ Convention . Abbreviation of Uesugi Tradition in Shimane-ken western part (formerly Iwami-kuni). Toukyou-to Chiyoda-ku Chiyoda was the Uengishi surname of the Edo Shogunate of the government agency and Mr. Sugi and Mr. Sugi, who was Sasaki surname, were in the Edo period. reference. reference.

④ Birth of Kagoshima-ken Izumi-shi Takemoto (formerly Sugimura). A place name with a record in the Kamakura period.