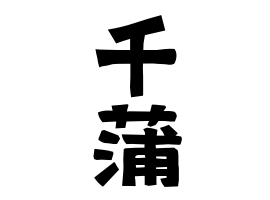 ※ Aichi-ken Chita-shi Shinchi Nagai is a place name unknown in the record era. It is distributed in the same place.

※ Chiba-ken Asahi-shi Shimanei is a place name with a record since the Edo period. It is distributed in the same place.

② Yamanashi-ken Fuefuki-shi Birth of Nagai, Yatsushiro Town. Place name with a record in the notation of "Nagai" during the Warring States Period.

⑤ Iwate-ken Morioka-shi Born of Nagai. A place name with a record since the Warring States Period.

⑦ variant of 長井 . In Shimane-ken Yasugi-shi , I tell you that I wrote both "Nagai" and "Nagae". Estimated in the Edo period. reference.

⑧ things . Added "Well" to Kagoshima-ken 's Amami archipelago, one of the surname's last names. Kagoshima-ken Ooshima-gun Kikai-chou There is a tradition in Sakane . Estimated at the time of returning to Japan in 1953. reference.

⑨ Wakayama-ken Wakayama-shi Originated from the doi of the Nagayama's small character. Nagayama is a place name with a record since the Edo period. Tell them from "Nagayama" "Ei" and Doi "Well".

⑩ Korea type . Thing . "Well" is used from the tradition of the well of Silla King. There is a record of naturalization on Fukuoka-ken Dazaifu-shi on August 8, 1984. The real name is Park. reference. reference.