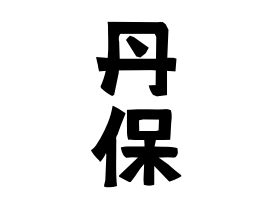 Chiba-ken . Thing . A variant of 鳥居 . Chiba-ken Tougane-shi It was in the Edo period in Yamaguchi. Saitama-ken tells that Chiba-ken changed the name from Iizuka surname because there was a torii in front of the house. reference.

② things . Gifu-ken Tajimi-shi Meiji New surname by priest of Nagoji temple of Rinzai sect in Torigakiyama (cokeysan) town. "Tiger", "mountain" is used from Mt. Toragiyama of the same temple's mountain. Toragiyama Town is a place name established as a town name in 1962.

③ Afghanistan . Terrain . "Mountain" added to "Tiger" of your favorite animals. Toukyou-to Nishitoukyou-shi (formerly Hoya City) On 24th October 1988 Muhammad Amin · Kohi was naturalized and renamed Tiger Mount Amine. The original is Kohi (Kohi). I am from Kohihona in Afghanistan and have the meaning of "people who came from the mountains". Estimated in Dali.