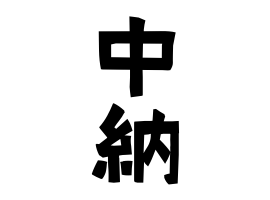 ① Oosaka-fu Izumi-shi Kuii-cho is a place name with a record since the Edo period. Shimane-ken Nita-gun Okuizumo-chou It was in the Azuchi-Momoyama period as a vassal of Mr. Misawa who was the castle owner of Misawa castle in Misawa.

② things . Add "Well" to Hisashi who is the surname of Amagi archipelago of Kagoshima-ken . Estimated at the time of returning to Japan in 1953. There is distribution in Kagoshima-ken Amami-shi .

① It was in the Edo period in Aichi-ken Nishio-shi . Tell that Shiga-ken called Mr. Takaya during the Kamakura period and Muromachi era. There is a tale that it was Tominaga surname before Takaya surname. Tominaga has "Ei". reference. reference.

② Kagoshima-ken Minamikyuushuu-shi Brought to you by Makinouchi Nagaya. There was Nagaya gate of the gate division system in the Edo period in the same place.

③ Fukushima-ken Tamura-shi Birthplace of Yagaya (Nagaya), a shipown town. A place name with a record since the Edo period.

④ Topography . Miyazaki - ken Ebino - shi From the Nagaya gate of the gate division system which was in the Higashikawa Kita in the Edo period. The gate name is from the favorite "Ei" and the valley.