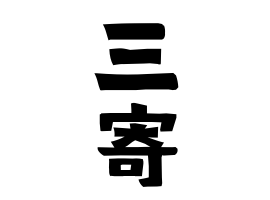 ① things . Akita-ken Akita-shi When dedicating arrows made with falcon wings to the Taiheiyama Miyoshi Shrine on the wide side, it was better when the eagle was better than the hawk when it became the surname wrapper in 1762 (Bao year 12) There is a belief that it was called "Washiya". After that, when I went to Ise shrine in Ise Shrine of Mie-ken Ise-shi in 1763 (Baean calendar 13 years) I paid donation money and told that I adopted the notation of "Washigo" that Ise Shrine mistyped.

Kagoshima-ken Amami-shi . Creation . Added "name" to the contribution which is the surname of Amagi archipelago of Kagoshima-ken . Estimated at the time of returning to Japan in 1953. reference.