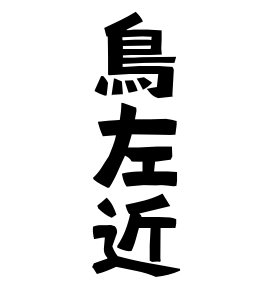 * There was a case that Mr. Kyogoku's descendant was called Muromachi period in Shiga-ken . reference.

② Gunma-ken Takasaki-shi Birth of the Hama River (Hamagawa) town. Place name recorded in the notation of "Hama river" in the Muromachi period.

③ Miyazaki-ken Ebino-shi Originated from Hamakawa of the Maeda's small character. On the same day there was a Hama gawa gate in the Edo period.