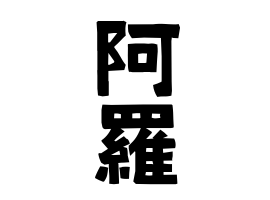 ① Topography . From a stormy ranch. Fukuoka-ken Chikujou-gun Tell from the name of the place which was near the friend of Kouge-machi . Period, location unknown. Tochigi - ken Sakura - shi Tell the shrine in Kamikawa that the Kyushu region is out. Kumamoto-ken Kumamoto-shi Chuo-ku Honmaru was a Kumamoto samurai of the Clan government office, Tochigi-ken Ootawara-shi Maeda was in the Edo period in the Kurobane samurai of the clan office. Fukuoka-ken Miyawaka-shi In the main castle I will tell from descendants of the vassals of Yoshida Nitta, the warrior of the Kamakura period and the Northern and Morning era, from Yamagata-ken · Akita-ken (Old: Dewa) Aramaki Township. Akita-ken Yamamoto-gun Happou-chou Aramaki Aramaki (Aramaki) · Outer Aramaki is a comparative site. The place name was written as "wild god" during the Warring States Period.

② Birth of Gunma-ken Agatsuma-gun Higashiagatsuma-machi (Aramaki). A place name with a record in the notation of "Aramaki" in the Warring States Period. The place name was also written as "Aramaki".

④ variant of 荒巻 . Saitama-ken Kodama-gun In Misato-machi , I tell you that it changed from Aramaki's surname in 1661 to 1673 (Kanbun year). In Gunma - ken Oota - shi Nitta Omachi Iwate - ken Hanamaki - shi comes out and tells that it was written as "Aramaki".