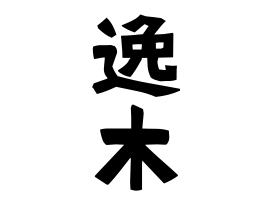 ① Fukui-ken Katsuyama-shi Origin of Ino (Ino). Place name with a record in the notation of "Ino" during the Heian period. The place name was also written as "Ino". Kanagawa-ken Yokosuka-shi It was in the Edo era in Ikegami. Toyama-ken is based in Toyama-ken Shimoniikawa-gun Nyuuzen-machi Shimo Iino (Iino).

② Korean type . Terrain . "Wild" was added to "I" including Yun. Oosaka-fu Oosaka-shi There is a record of naturalization on Yodogawa-ku on August 18, 1986. The real name is Yoon. reference.

※ Kouchi-ken Agawa-gun Ino-chou is a geographical name with the notation of "Ino" in the Warring States Period. Place names are also written as "Inoue" and "Ino".