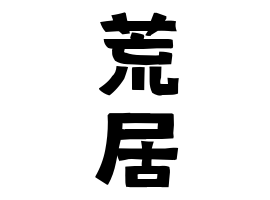 ① Origin of Hiroshima-ken Shinri Takahara Town Argi. A place name with a record since the Warring States Period. Tell him that you lived there since the Kamakura period. The place name is from Okayama-ken Okayama-shi Kita Ward Yoshitsuzu from Aruiki Shrine.

③ Creation . Okayama-ken Okayama-shi Okayama-shi is a vassal of Kikitsu Hiroshi of Shikibu Shogun who struck a tribe called Empress Crown at the time of the reign of Emperor Shinjin from the Imperial family in the Imperial period Tell him that Masato Maro gave a surname by surname from the court and later changed to avoid "demons". It is unknown whether Oni exist.

⑤ Kagoshima-ken Minamisatsuma-shi Origami of Oura Town Arima . There was an Arimi-yashiki of the gate division system in the Edo period in the same place.