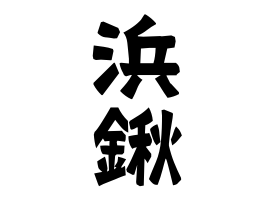 ① Originated from Saitama-ken Kumagaya-shi wife village (formerly Fukuwa). Place name with a record since the North / South morning era. Tell the story that it was called at the end of the Heian period and early Kamakura period. Hiroshima-ken Hiroshima-shi Naka-ku town was a clan-han Hiroshima clan, Ishikawa-ken Kanazawa-shi Marunouchi was in the Edo era at the Kaga clan, Shizuoka-ken Shuuchi-gun Mori-machi .

② Topography . Added 'river' to Fuku which is the surname of Amagi archipelago of Kagoshima-ken . Estimated at the time of returning to Japan in 1953. reference.

④ Korea type . Oosaka-fu Higashioosaka-shi has a record of naturalization on March 25, 1980. Kirei is Kure. reference.