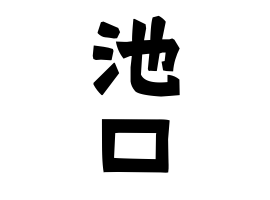 ① Akita-ken Yurihonjou-shi Birth originated in the Ishizawa pavilion. It was in the Sengoku period in the same place. Tell him that Nagano-ken is out there.

② Aomori-ken San'nohe-gun Gonohe-machi Birth from Kishi Ishizawa. In the Kamakura period there is a place name with a notation of "Ishiwa" recorded.

③ Fukushima-ken Tamura-shi Shigeru- machi birthplace of Ishizawa. A place name with a record since the Warring States Period. Miyagi-ken Sendai-shi Aoba-ku Kawauchi was in the Edo era in the Sendai Samurai of the Clan office. Tradition of the same samurai.

⑤ Niigata-ken Jouetsu-shi Origin of Ishizawa. A place name with a record since the Edo period. Nagano-ken Nagano-shi has passed down.

⑥ variant of 国沢 . In Tochigi-ken Sano-shi , it is crispy. Kunisawa (Kunisawa) Say that the surname is pronounced as Kunisawa (Kokuzawa) and it has come to be written as "Ishizawa". Estimated in the Edo period. reference.

There was a case where Mr. Isawa (Yasanashi -ken ) expressed as "Ishizawa (Ishizawa)". reference.