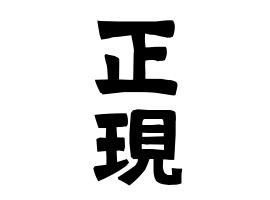 ③ Saitama-ken Hanyuu-shi It was in Mitakeya during the Edo period. There is a lotus temple of Shingon secton in the same place.

④ things . Saitama-ken Yashio-shi In Nankakazaki it is said that the Shimon-ji of Shingon sect in the same place named it at the Meiji New Family name using the "Tae" from the lotus stand where the Buddhist thought is sitting.

⑤ Origin of the Iwate-ken Hanamaki-shi unit. A place name with a record since the Muromachi period.

⑥ Saitama-ken Kuki-shi Birthplace of Shobu-cho machi town. A place name with a record since the Edo period. It is distributed in the same place.

⑦ Ooita-ken Nakatsu-shi A birthplace from the stand of the small figure of the large character Nakahata in Yayakado-cho.

⑧ Fukuoka-ken Tagawa-gun Kawara-machi Originated from the stand of the ministry of the garment factory.

⑨ Objects . Ooita-ken Kunisaki-shi Meiji New surname by monk of Saiko-ji of Rinzai sect in Yoshihiro - machi. "Tai" is used from the lotus mountain of the temple's mountain.

※ Shizuoka-ken Itou-shi In Kawana you tell from the place name. Shizuoka-ken Shimoda-shi Rendaiji is a place name with a record since the Sengoku period.

※ Asuka period there was a family name of the trainee. Location unknown.