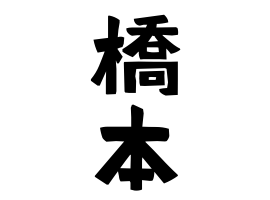 ① Topography . From the field which becomes the book. It was in the Kagoshima-ken eastern part (formerly Osumi country) during the North and the North. Tell her that she came to the same place in the Kamakura period. Tokushima-ken Mima-gun Tsurugi-chou Sadako Kira tells Meiji Shin surname . Niigata-ken Tainai-shi I tell Momozakihama that I came from the Shikoku region in the early Edo period. From the Honda gate of the gate division system that was in the Edo period. An example of the location of the gate. Kagoshima-ken Ibusuki-shi Senda, Senda, Kagoshima-ken Minamisatsuma-shi Kaseda Ikuyama. Good neighbor . Kumamoto-ken Tamana-shi Distributed in Ichikura .

② Saitama-ken Fukaya-shi Originated from Honda. Place name with a record since the North / South morning era. The place name was also written as "Honda".

③ Korea type . Creation . Add "book" to the field. There is a record of naturalization on Kanagawa-ken Yokosuka-shi on August 26, 1964. The real name is Rice. reference.