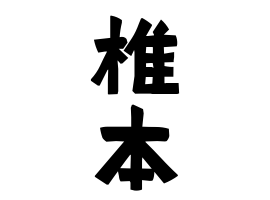 ① things . From the new mansion. Tell Fukui-ken Sabae-shi that it was called " Shintoshi " in the Edo period. reference. Ishikawa-ken Suzu-shi It was in the Edo period in Houjachimachi - machi.

④ Occupation . Iwate - ken Kuji - shi Tell Yamagata Town Kawai from the shop name of the new shop (Niya). Meiji New Last name in estimation. The pronunciation is Shinya. Oosaka-fu Izumisano-shi was in the Edo period. In the same place there is an example of using a "valley" in a shop of a shop name.

⑥ Topography . From the new valley. Gunma-ken Takasaki-shi It was in Edo period in the city of Iruma. Singing pronunciation. Shizuoka-ken Shizuoka-shi Aoi-ku Temma-cho · Miyukicho (formerly Shintani) is a via point. A place name with a record since the Edo period. Tell the place name according to Mr. Shintani's residence. Fukushima-ken Souma-shi Nakamura was in the Edo period in the Samma Nakamura Samurai of the Clan Office. The same clan says that during the Warring States period, he lived in Shinzato, Shizuoka-ken Chubu (formerly Suruga country). Location unknown.