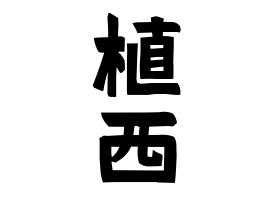 ① Shizuoka-ken Shimada-shi Originated from the vicinity of Yokooka (aka: Uda) castle in Yokokaoka (old: Uda). Place name in the Heian era with the notation of "Uda".

② Gifu-ken Yourou-gun Yourou-chou birth of Uda. Place name with a record in the notation of "Arita" during the Heian period. The place name was also written as "Utah" and "song".

③ Originated from Ukuda (Uda) river (Old: Uda) flowing through Fukushima-ken Souma-shi . In place of 718 (Yoro 2 years) the place name with the notation of "Utah". The place name was also written as "Gagaku".

※ Canadian . In Toukyou-to Hachiouji-shi there was a case where Julius Joubenard Dow, a Canadian-born missionary, became naturalized on September 8, 1976 and was renamed Yuji Uda. Dow is the Dow.