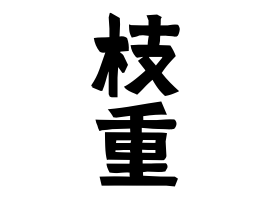 ① Creation . From Daikokuten (Daikokuten) who translated the Sanskrit word Mahakara in the Hindu god. In Aomori-ken Aomori-shi tell me that Meiji New family name by Daikokuya's shop name. Kouchi-ken was in the Warring States Period. Toukyou-to Chuuou-ku It was in the Edo period in Ginza. It is said that Toukyou-to Chiyoda-ku Chiyoda was given from the Edo shogunate of government agency in the same town . My pronunciation is Daikoku. Iwate - ken Rikuzentakata - shi Oosaka - fu Oosaka - shi Oosaka - fu Oosaka - shi Chuo Ward Osaka Castle in Osaka Castle tells the descendant of the lost man who came to Japan after falling in 1615 (Keicho 20 years).