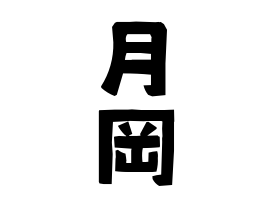 ① Convention . The second element comes from Tomo from the companion. Miyazaki-ken tells that Mr. Nakato (Naka Tomo) last name renamed with Mr. Omro to avoid the companionship of Emperor Junko in the Heian era became Nagomi surname. It is unknown whether a mid-term stake exists. reference. Miyazaki-ken Saito-shi Oimori Castle said that Mr. Nagatomo was built during the period from 1334 to 1338 (Jianyuan period). Miyazaki-ken Koyu-gun Takanabe-chou Ueji was in the Edo period in the Takanabe clan of the clan office.

② Personal name . Hyougo - ken Akou - shi Takashiya tells from Asano Fumiyoshi who was the lord of the Edo period in the Ako clan of the clan office. reference.