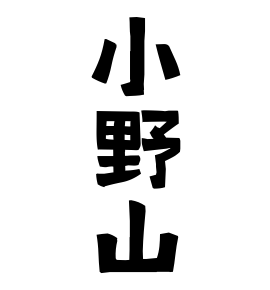 ① variant of 葛西 . In Yamanashi-ken Chuuou-shi Fuse, in 1396 (3 Years of Responsibility), in commemoration of help saved by thanks to Takekiga who was suffering when he tossed Mr. Kasai's infant into a well by stepmother, Tell them. "Well of Takekasa" meaning. Yamanashi - ken Minamikika - gun Minobu - chou There is a belief in Nishijima that water came from a well that covered with a shade around 1469 to 1487 (civilized year). Shizuoka - ken Hamamatsu - shi Kasai - cho is a stopover. A place name with a record since the Warring States Period. Tell the place name that Mr. Kasai resides in the Muromachi Period.

② Ishikawa-ken Kanazawa-shi birth of Kasabai. A place name with a record since the Warring States Period. Uses "Kasa" of Kasabai. It is distributed in the same place.

③ things . Okinawa-ken Okinawa-shi Tell the story that since the shrine bag surname was many in Shimabara, I changed the name after 1945 using "Kasa" of shop name. reference.