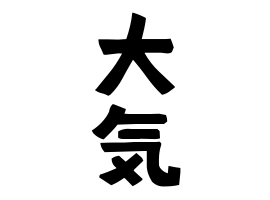 ② Birth of Nagano-ken Ueda- shioka (formerly Okamura). A place name with a record since the Kamakura period.

③ Kanagawa-ken Yokohama-shi Origin of Okamura, Isogo-ku. The place name which we called "Okado" in the Warring States Period. It is distributed in the same place.

④ Originated from Shiga-ken Moriyama-shi Oka - cho (formerly Okamura). A place name with a record since the Edo period. Oosaka-fu Higashioosaka-shi There is a tradition in middle Osaka.

⑤ Fukushima-ken Date-shi Originated near Nagaoka (formerly Okamura). A place name with a record since the Edo period.

⑥ Kagoshima-ken Minamikyuushuu-shi Born in Okamura, Beppu Beppu. It is distributed in the same place.

⑦ Good neighbor . Yamaguchi-ken Shuunan-shi Born of Toda Okamura. I will tell you that Meiji New Last name in the same place.

⑧ Korea system . Originated in North Korea's People's Republic of Korea, Longgang County. "Oka" and "Village" are used because Mr. Ro's founder was found in Tsuzi village in Tatsuoka. There is a record of naturalization on Nagano-ken Suwa-shi on March 8, 1980. The real name is Roh. reference.

⑨ Sina series . Terrain . Add "Village" to synonym "Oka" of Du. There is a record of naturalization on Toukyou-to Itabashi-ku on August 11, 1983. The real name is Du. reference.