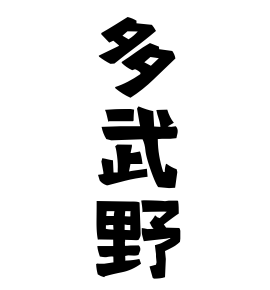 ① Topography . From the land that I crowded with the temple. Miyazaki-ken Kobayashi-shi Hosono is based. Tell him that he was engaged in agriculture in the same area. Estimated in the Edo period. Kagoshima-ken Soo-shi From Osamu Town in Osumi Town from Dogo gate of the gate division system which was in the Edo period.

② Kagoshima-ken Kanoya-shi Originated from Dango Bashagashita, a shrine figure of Kamikita-cho Kamiyuki. In the same era there was a fortress gate of the gate division system in the Edo period.