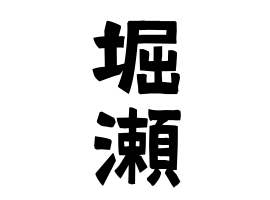 ※ There is a belief that there was a place name of Mitsunaga in Fukuoka-ken Asakura-shi (formerly Shimonzu- gun). Period, location unknown.

② Heteromorphism of 光長 . Yamaguchi - ken Ube - shi In Ono tells you that you changed your name from Mitsuishi 's surname. Estimated in the Edo period.

※ Yamaguchi-ken Hagi-shi Horiuchi was in the Edo period in the Choshu clan of the clan office. The same clan says that descendants of Mr. Saka called it. Unknown times. reference.

③ Personal name . Okayama-ken Tomata-gun Kagamino-chou In Okugawa -gawa, I tell her that the baby who had been called Mr. Mitsunaga Fujiwara who lost parents due to the war in the North-South morning era came to 1395 (2 years old) and renamed. reference.