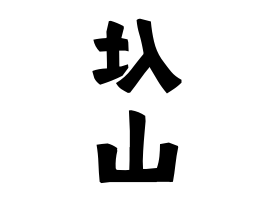 ① 上村 's variant. In Aichi-ken , I told from the Uemura of Shizuoka-ken western part (formerly Ryo Nation) to Muromachi period called Uemura surname and changed from 1492 to 1501 (during the light year). Nara-ken Takaichi-gun Takatori-chou Takatori was a clan lord of the clan government, Chiba-ken Katsuura-shi Kushihama was in the Edo era in the Katsuura lord of the clan office. There is handed down to Togetsu lord. Shizuoka-ken Fukuroi-shi Near Asaba (formerly known as Uemura (Kamimura)) is a geographical name with a record in the Warring States Period. Good neighbor . Hyougo-ken Sasayama-shi Distribution in Saisho. reference.

② Kagoshima-ken Aira-gun Yuusui-chou Originated from the village of Ueno 's underwear. There was Uemura gate of the gate division system in the Edo period in the same place.