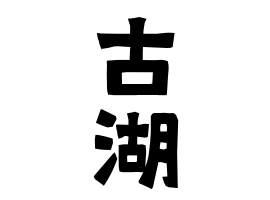 ① Topography . From the original field. Kumamoto-ken Kumamoto-shi Chuo-ku Honmaru was a Kumamoto samurai of the clan office, Fukuoka-ken Kurume-shi Sasayama town was in the Edo period in the Kurume clan of the clan office. Kumamoto-ken Hitoyoshi-shi In Tano Town tell me that Meiji Shin surname . Ishikawa-ken Nomi-shi Kurashige cho say that he was engaged in agriculture at the top. Estimated in the Edo period.

② Topography . Add "Da" to the former surname of Amagi archipelago of Kagoshima-ken . Estimated at the time of returning to Japan in 1953. In Kamoshima-ken 's Amami Oshima there is a belief that the rename was made at the time of recreating the family register after the office became a fire. reference.

③ Topography . Kagoshima-ken Minamisatsuma-shi From Kotonada Takeda from former Hitoda gate in the Edo period. The gate name comes from the original field. The day is estimated from the sun.

④ Gifu-ken Hida-shi Originated from Kawai Machi Motoda (Genda). A place name with a record since the Edo period. It is distributed in the same place.

⑤ Korea type . Terrain . Add "Da" to the original. There is a record of naturalization on Nagano-ken Matsumoto-shi on May 6, 1955. The real name is original. reference.