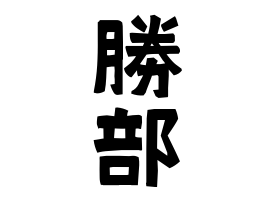 ① Topography . From the turtle and the island like land. Aichi-ken Nishio-shi , Okayama-ken Tsuyama-shi Yamashita was in the Edo period in the Tsuyama clan in the Clan Office. Shimane-ken Matsue-shi Tell him that he was engaged in fishing in Misora- cho town Kasaura. Estimated in the Edo period.

② Okinawa-ken Uruma-shi Katsumoto Tsuyoshi (Old: Kamejima) birthplace. A place name with a record since the Kingdom of the Ryukyus.

③ Topography . "Island" was added to the turtle which is the surname of the Kamoshima-ken Amami archipelago. Estimated at the time of returning to Japan in 1953. reference.