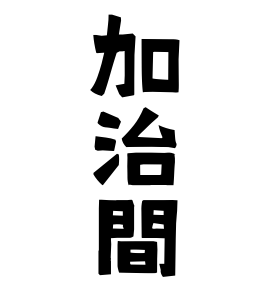 Shizuoka-ken , Oosaka-fu . Thing . From the kettle. Oosaka-fu Izumiootsu-shi tells that it was given to the keeper of Toyotomi Hideyoshi, a warrior of the Age of Warring States and Azuchi-Momoyama, by having cooked it during the Warring States Period. In the same place told that the place of residence was called "boat down" from the person's name. Estimated in the Edo period. Shizuoka-ken Omaezaki -shi Omaezaki is based. Tell him that he was engaged in agriculture in the same area. Estimated in the Edo period. In Toyama-ken Toyama-shi Chaplain, tell them that Ishikawa-ken North (formerly Noto County) is out.