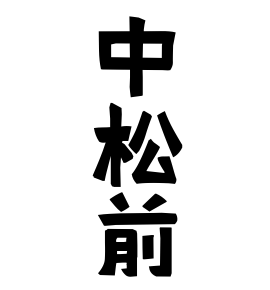 Yamanashi-ken , Oosaka-fu , Hyougo-ken . Originated in Japan (Nippon Nippon). As the name of the country, there is a place name recorded since the Asuka period. Yamanashi-ken Koufu-shi Ikeda tells that he came from the Kinki district during the Edo period. In the same place there is also a story that the official said that it was afraid and that when it was Meiji new surname, it was written as "Nihonko" and it was changed to "Japan" around 1900. It is unknown whether Hino book exists. Kagoshima-ken Kimotsuki-chou Kimoshima -ken Kagoshima-shi Shiroyama Town is the Kagoshima lord of the clan office as a fishermen at Kagoshima-ken Shibushi-shi fishermen Kosaku Obata predicted Japan (Nippon) From the Edo period. Pronunciation is Nippon. reference.