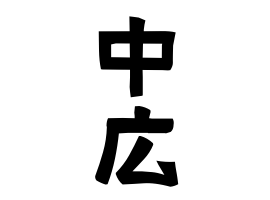 ① Topography . From the East field. Ishikawa-ken Kanazawa-shi There is a tradition in Oba-machi. Kanagawa-ken Aikou-gun Kiyokawa-mura It was in the Sookagaya during the Edo period. The pronunciation is Azuma. In the same told that from 1804 to 1818 (cultural year) he came from Shizuoka-ken eastern part (formerly Izukuni). Kagoshima-ken Izumi-shi From the Higashida Gate of the Noda-machi undergrown system that was in the Edo period. Good neighbor . Oosaka-fu Daitou-shi Meiji New Last Name using direction in Hojo.

② Korean type . Originated in Hadong County, Gyeongsangnam-do, Republic of Korea. Use "Higashi" of Haodong. There is a record of naturalization on Chiba - ken Narita - shi on November 7, 1956. Zheng the real name. reference.

③ Sina series . Terrain . "Da" is added to "East" which Chen contains. Kanagawa-ken Yokohama-shi Naka-ku, Kanagawa-ken Fujisawa-shi , there is a record of naturalization on December 5, 1974. The real name is Chen. reference.